UPDATE : Visit My New Website www.dailypsychology.net...See u there!
Posted by Arya Verdi Ramadhani, M.Psi, Psikolog at 6:25 AM No comments: 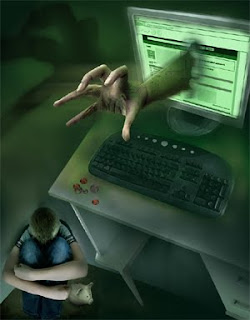 Wanna be famous on twitter? just say something like "bb users are alay",and abrakadabra, ur name is on trending topics..such a ridicilous phenomenon..poor #rana :(

Cyberbullying? What the..?
Secara teoritis "Internet bullying/Cyberbullying" diartikan sebagai berikut
“..is a form of personal attack which employs threats, pressure and intimidation through the avenues of internet technology. The bullying may take place by the use of messaging sites, blogs, online forums, electronic mail and other means of cyber technology. When internet bullying takes place, its victims are harassed, intimidated and are left with damaged reputations.” 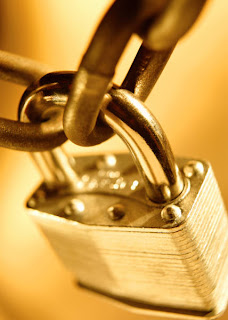 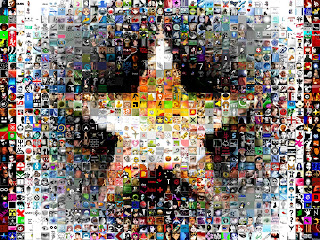 
Tribute: Although several fan pages for Ophi A. Bubu still exist, others were reportedly banned by Facebook because of the vulgar messages posted attacking Ophi. facebook.com

When you see text written in this kind of style, you think: (a) That’s cool. (b) Whoever wrote that should be shot, or have their fingers broken. (c) So what? If that’s the writer’s style ...
If your answer is (b), then you could be part of a growing club whose members use the word “alay” to refer to — or mock — anyone who types using a mix of upper and lower case letters and numbers.

The word alay has no exact meaning or obvious derivation; it seems to have come out of nowhere.

However, it refers to something “tacky” and “cheesy” (norak or kampungan, in Indonesian). Alay is used to describe, critically, how certain people dress (like fashion victims), what kind of music they listen to (usually fans of Malay-sounding bands like ST 12, Wali or Kangen Band) and how they write things (they try to make words sound “cuter”, like replacing “home” with “humzz”).

What’s more, they mix up the upper and lower case letters.

An example of this last case is young Ophi A. Bubu, who became a popular target of people irritated by her preference for playing with her letters.

Ophi A. Bubu. The high school student from Banyuwangi of East Java, who says she was born in 1991, shot to fame in the virtual world for her postings on her Facebook page.

Her name is getting mentioned in blogs and forums everywhere — all of them discussing her writing. Not because her notes are so great, but because they’re in “code”. For example:

So, quite simply, Ophi has become famous for making writing even harder to read than the scrawl of any doctor.

Nevertheless, her approach to writing attracted a lot of attention, with some people reproducing her writing in forums and blogs, and others wanting to be her friends in Facebook.

All this was too much love in the eyes of those who despised her writing style and made fun of her. Her detractors took to writing nasty messages on Ophi’s page, mocking her and labeling her “the Queen of Alay”.

Although some of her supporters defended her by setting up fan clubs in Facebook and Twitter, Ophi has never been heard from since.

The Ophi phenomenon raises questions, about writing and our response to it: Is messing with agreed writing conventions socially acceptable, or is it something utterly annoying that should be stopped?
While some of us — let’s admit it — would agree with the latter, psychologist Arya Verdi Ramadhani takes us below the surface.

“I can understand why people are so annoyed by her,” says Arya, who has followed the Ophi phenomenon during the past few months. “The thing is, Ophi doesn’t only mix letters; she also misspells many words.”

Talk of the town: Blogs and forums discuss Ophi’s style of writing, with her mixture of symbols, upper case and lower case letters, and numbers. natasyadenaya.tumblr.com
Arya believes the writing of Ophi and her ilk emerged following trends in SMS language and instant messaging (IM), where, for example, the letter “E” is replaced with “3” and “g” with “9”. Homophones also came to be used, where “gr8” means “great”, for example.

“It then continued with the trend of Friendster, a social site that truly supports people in expressing themselves,” Arya says.

The combination of these trends, he adds, brought the alay phenomenon to the scene, making it a wider issue for discussion.

“The alay phenomenon came on the scene about one or two years ago,” Arya says.

“Forgive me for saying this, but it refers to someone from a kampung [village] who’s experiencing culture shock when he or she comes to a big city like Jakarta.

“That person dresses up in what he or she thinks is ‘trendy’, while in the eyes of others [urbanites], that attire is truly in bad taste.”

On a wider scale, Arya adds, the term alay encompasses people like Ophi who think that messing with letters is a trend to follow.

A similar trend is taking place in Japan, where the term gyaru-moji is used to refer to a style of obfuscated Japanese writing popular among Japanese youth, which started to gain media attention around 2002. It is also called heta-moji — heta means poor (in handwriting). As with SMS language, a message typed in gyaru-moji usually requires more characters and effort than the same message typed in conventional Japanese.

Because of the extra effort and the perception of confidentiality, sending gyaru-moji messages to a friend is seen as a sign of informality or friendship.

In Indonesia, however, this “messing with letters” style of writing is attracting more criticism.

“Perhaps we see it as something wrong or cheesy,” says Arya. But those who adopt the writing style, he adds, “they think that mixing letters is something cool. They think that they can appear cute and unique by doing that.”

And so when it comes to teenagers such as Ophi, this style of writing signifies a search for identity.

“It’s normal that in their adolescent phase, these young people want to express themselves in various ways,” Arya explains.

Or choosing a certain type of writing style.

But what does it say about a person?

This trend, he points out, is something very peculiar to the computer age: Even graphology — the study and analysis of handwriting in relation to human psychology — can’t really explain this phenomenon.

“Usually, we apply graphology to Latin cursive [handwriting],” Arya says. “Graphology analyzes the thickness of the letters, as well as their positions and slant.”

“Besides, it’s typing, not handwriting.”

One person who chooses this style of typing is 25-year-old Fitriyu (not her real name), who says she has been messing with letters since she was in high school.

“At first, I saw my friends doing it, and I just followed them because I thought it was creative!” says the writer for a local teen magazine.

“Then SMS came along, as well as Facebook, so I got used to that [writing style] even more.”

Fitriyu plays down any notion that the writing style is annoying, saying, “I just want to make my [typed] writing look less boring. It’s kind of part of my identity, too.”

Interestingly, Fitriyu says that writing in messed-up letters can sharpen the writer’s — and reader’s — brain and creativity.

“How can you say that people who write in messed letters are stupid?” she says.

“They’re genius! Just imagine being able to type quickly that way so consistently. Isn’t that like a brain exercise?” she laughs, adding that her preference doesn’t affect her professional work as a writer.

On that point, Dr. Sugiyono of the Education Ministry’s Language Center, agrees, saying you can’t judge someone without knowing the context.

“If it is for a creative reason, then go ahead,” says Sugiyono, head of the center’s Language and Literature Development division. “But if it’s for education, for example — then you know the rule: It’s not allowed.”

Neither is he bothered by any long-term effects on youth.

“I do believe that many of our high-ranking officials here in this country used to be that way too [when they were young],” Sugiyono laughs.

“It’s something that will disappear as they grow up; so don’t worry.”

“Just admit it: Many of us used to be like that back in our younger days, right?” he says.
“So, please, don’t bully people like Ophi. When you’re rude to her, mock her or label her with ‘alay’, that’s bullying.”

Virtual bullying can be really psychologically harmful, Arya says, because, in the virtual world, people tend to be more expressive than they would be in person; they love to laugh at others and love to make fun of anything. And the audience is much wider.

“When it happens in the virtual word, everyone can see it because it’s a shared public space,” he says.

“In the case of Ophi, she’s been massively attacked; she just couldn’t defend herself.

“Just imagine if you were her, if you were the target of gossip among of your friends,” he adds.

So, as Arya suggests, just keep “your annoyance” against alay people, or more precisely, those who mess with letters, to yourself or your circle of closed friends.

ps : The word alay has no exact meaning or obvious derivation; it seems to have come out of nowhere. However, it refers to something “tacky” and “cheesy” (norak or kampungan, in Indonesian). 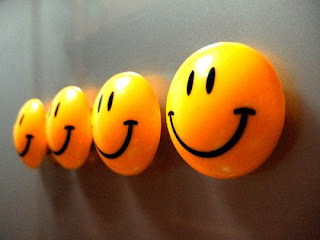 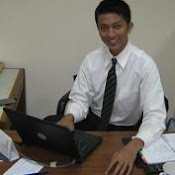 Click Here if you are in Love with Verdi’s Journals